Three trucks. Eleven round-trip plane tickets. $22,000 in total cost to get it down to Trainz. A lot of Marriott points too. The most arduous collection pick-up for Trainz to date started with a fax of epic proportions. An inventory list, taken from an insurance appraisal, reaching one hundred and forty-two pages in length. This fax, big enough to be mistaken for a best-selling novel or a moderate doorstop, listed over 7,500 items. 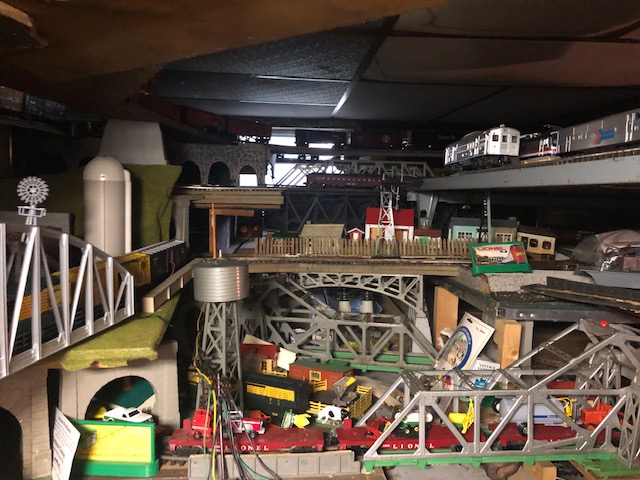 Track, buildings, freight cars, passenger trains,and locomotives - both O Scale and O Gauge meant the list took almost six weeks to research and price accurately. While this herculean effort was under way, Scott took a trip up to Long Island to visit the property and get a sense of the collection, its quality, and the difficulty of removing it from the premises. 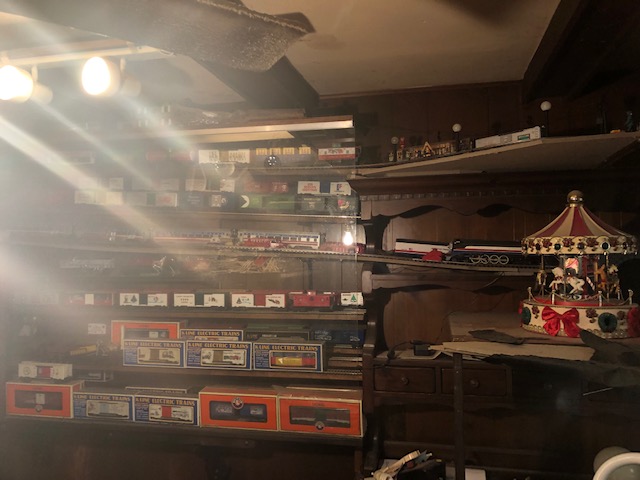 When the front door swung open, Scott’s first words were “Did he live here?” The house was dedicated to trains. Trains were on shelves, in cabinets, on multi-level shelves. Plywood sheeting formed a drop ceiling hanging two feet below the true ceiling, providing space for multiple levels of track. Access hatches were cut into the drop ceiling and a nearby ladder let Scott climb up and poke his head inside. It wasn’t bare track - there were stations, lights, signal bridges, railroad crossings, even whole industries up there. 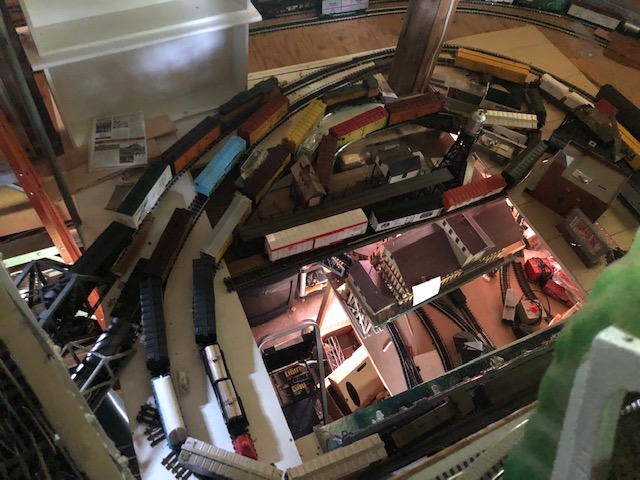 The main house had two stories over a basement, with trains throughout. Different rooms held different layouts. Only one bathroom and the kitchen were free of trains.  A sunroom had been added on to the house and that too was filled. A two story addition had been built and it held twelve levels of track, one atop the next. It was awesome and overwhelming to witness the sheer density. The preceding photo was taken from the second floor of the addition looking down through the center opening in the room at the various levels of tracks. There were three more levels above what was photographed. 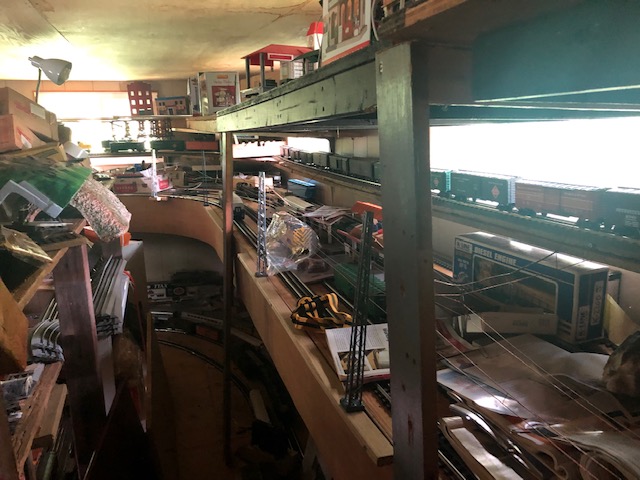 Thousands of feet of track snaked through the house, crossing open doorways on multi-level bridges to allow trains space to run. Portals were cut in walls and stairs for track to run through, and in the two-car garage one space was taken up by a ten level stack of track and trains. 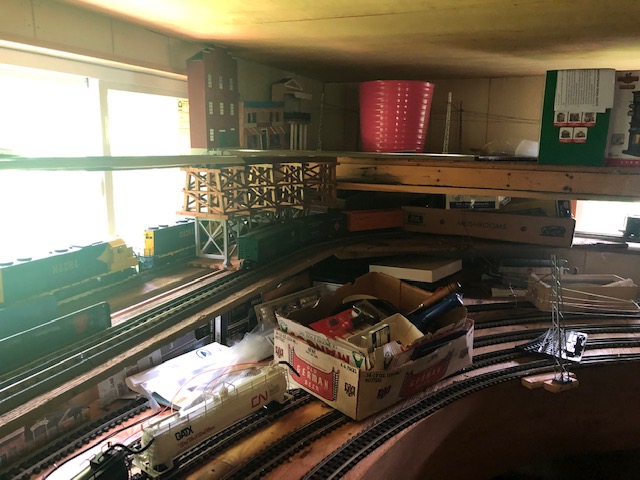 After the probate process had finished and the estate could sell the collection, the first round began with both of our pick-up teams flown up who were assisted by three local friends of the family who were hired to help. That initial trip only yielded about ½ of a 26’ truck filled because of the difficulty to just get at the trains with nowhere to wrap and pack them and subsequently  getting them out. Storing the packed boxes was another issue, but after cleaning out one side of the garage it provided a reasonable space. 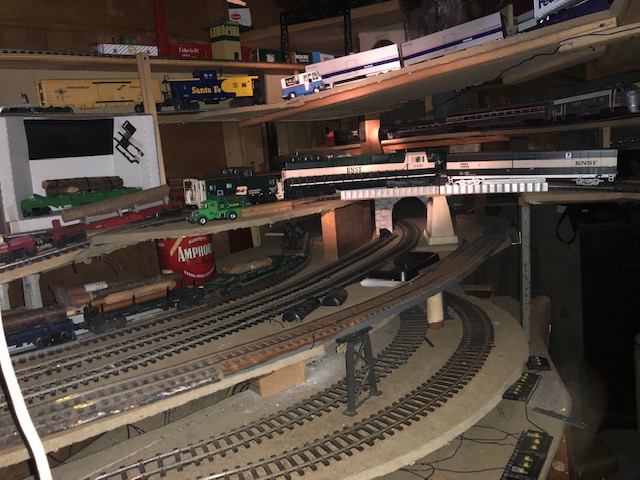 The immensity of the collection was overwhelming, and after four days of work left only a small dent, it was obvious more hands would be needed.

A second trip was scheduled. Seven people were flown up this time about a week later. Scott went to help and oversee the project personally. Only one of the original four came back for round two and the previous local helpers decided to pass. On this trip one of the crew spent most of his time with a circular saw, hammer, and a crowbar removing all the boards, posts, shelves, track, and everything else that was in the way so we could function with some sense of normalcy. Half of the stair width was taken up with shelving. It had to be cleared in order to safely carry down loaded boxes of trains. Each door had multiple levels of shelving crossing over functioning as bridges for the train tracks which also had to be disassembled and removed. 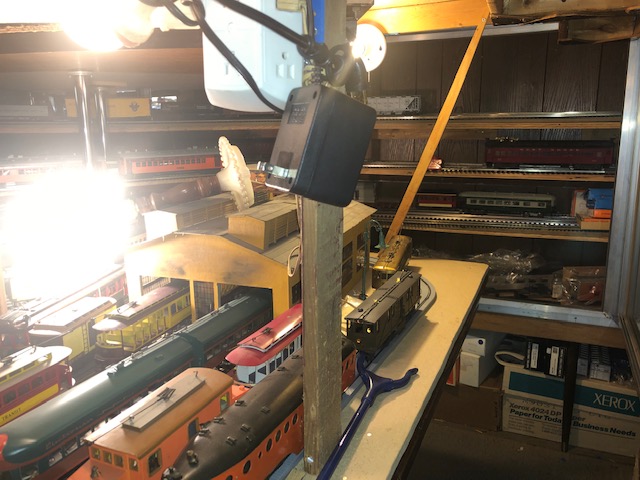 The crew worked 9-5 the first day, 8-6 the second day, and 8-8 for the last two days. When enough was cleared to get into the attic the team discovered empty boxes for many of the trains that had already been packed. It took hours of work for a human chain to remove all the empty boxes from the attic and load them in a truck and those alone filled over half of a 26’ truck.

We left a shell of what we started with, hundreds of feet of 2-rail O Scale track and tubular O Gauge as well as Gargraves that were all screwed down and just too difficult and time-consuming to get up. We left it for the house flipper that bought it as-is once we had finished. They are going to have a heck of a lot longer than one “Demo Day” that’s for sure - Good Luck!

But now that is all behind us and the fun of unpacking and box matching is underway. We started listing the trains for sale in late December and this will continue for months as we work on many other deals of all scales simultaneously. In addition to all the great Lionel, MTH, K-Line, Williams, Weaver, 3rd Rail O Gauge 3-Rail products, there is also some fantastic O-Scale 2-Rail Brass Locomotives of all kinds and loads and loads of fantastic O-Scale 2-Rail Passenger cars and Freight cars. We hope you have as much fun looking through the items from this incredible collection as we do in making it available to you! 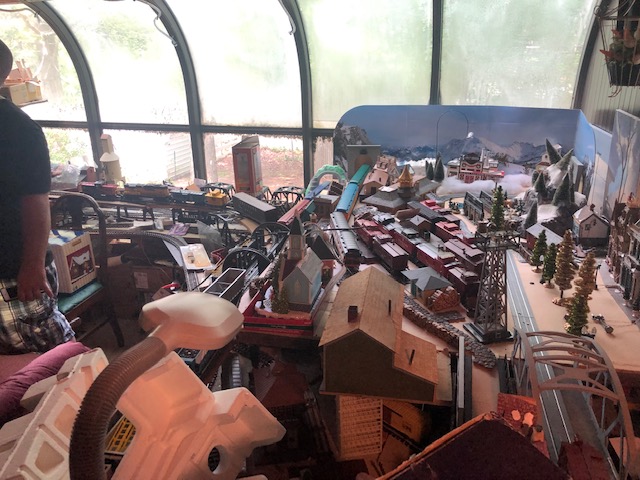 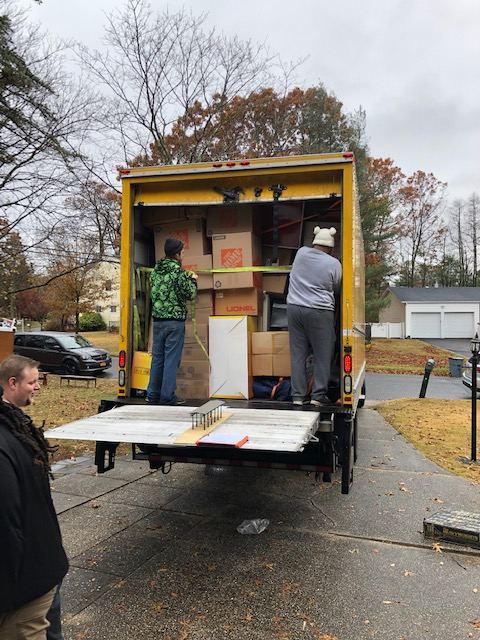 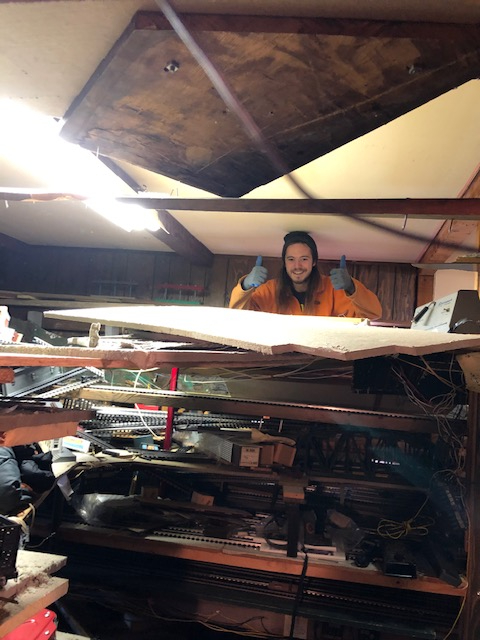 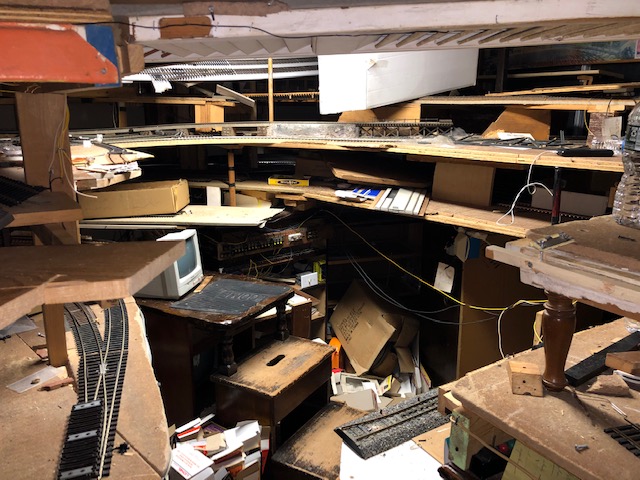 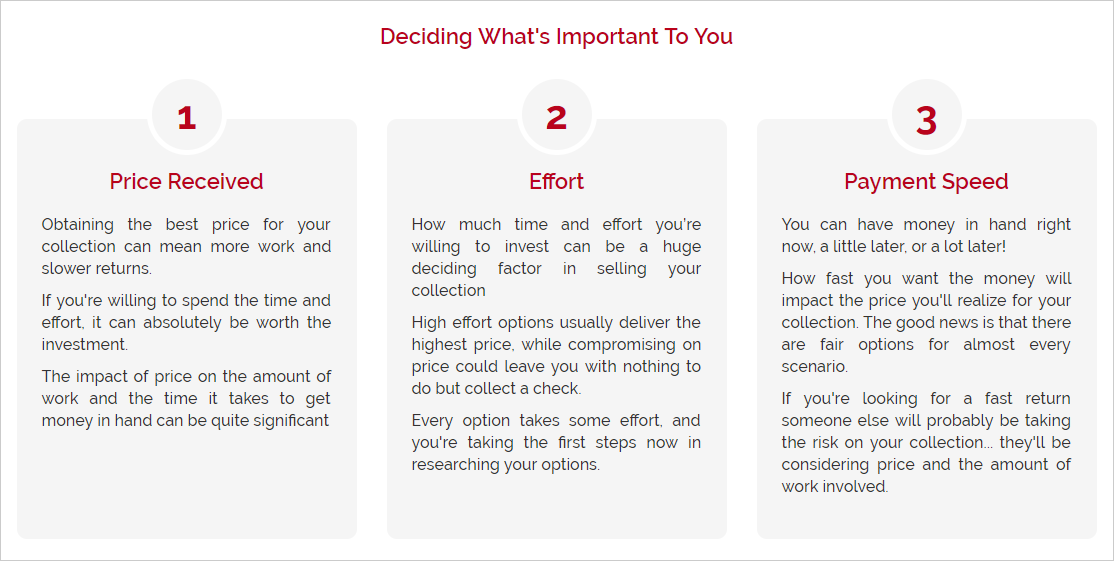 Guide to Selling your Trains: Where to Sell Model Trains 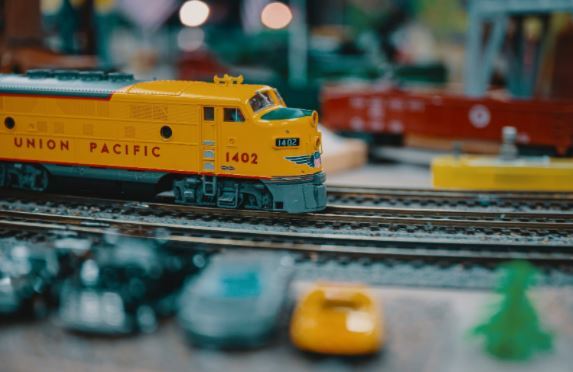 Thinking of Downsizing Your Collection? A Few Thoughts to Consider
Back to Top